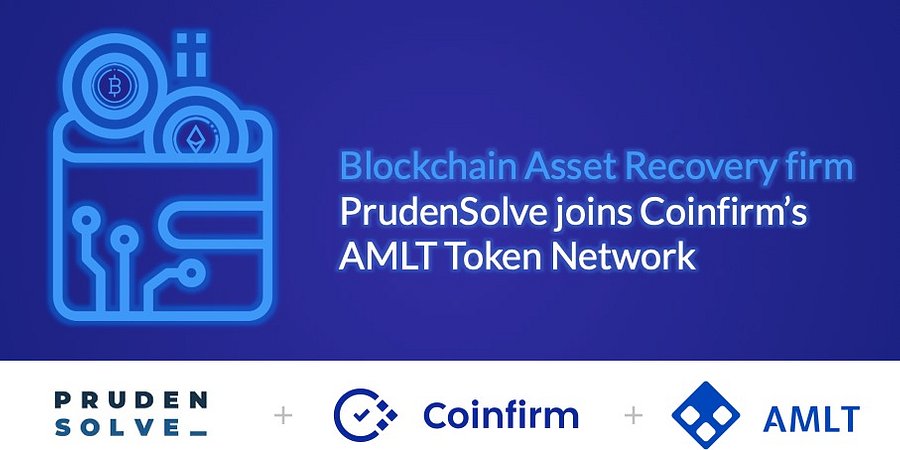 One of the first companies focused on the recovery of blockchain assets, PrudenSolve has been helping address a serious issue in the cryptocurrency space as seen recently with the Quadriga controversy among others. The problem though affects countless of individuals and companies and stands as one of the key issues related to the lack of widespread adoption of cryptocurrencies. For many a lack of knowledge and skills on the part of the user, as well as irregularities lying on the technological side stand as the reasons for the the loss of access to funds. With that said a very large number of reports PrudenSolve receives is related to nefarious activities that are extremely difficult to solve due to their specificity and the circumstances in which they occur.

“The partnership with Coinfirm’s AMLT Network allows us to effectively share information about fraud and related activities in a way that protects users and the integrity of the crypto economy as a whole. Until now the market didn’t have much of an option or that sort of ability to not only have an effective voice but have benefits from it. Building a network of like minded individuals and companies attached to AMLT and the Coinfirm AML Platform gives the market that solution and will help limit the potential risk of fraud.” - says Maksym Chrost, Founder Prudensolve

Grant Blaisdell, Co Founder Coinfirm adds
“Prudensolve is exclusively focusing on solving a major need in the crypto space and one that obviously ties into some of what Coinfirm and AMLT are pushing towards. Better security, safety, and transparency of the blockchain market that leads to faster and better mass adoption. As the AMLT Network grows so will the effectiveness of it and as of now we have an array of entities participating ranging from exchanges to now blockchain asset recovery companies, I’m glad Prudensolve has added another class of Network Members that will benefit from participating.

What seems to be one of the first if not the first company providing asset recovery services exclusively focused on blockchain and cryptocurrency, Prudensolve will start off their collaboration with the AMLT Network by submitting data it has collected on nefarious action related addresses in the past. After initial data submission of past cases PrudenSolve will have an ongoing program that submits relevant data into the Network via API. For each submission deemed valid by the AMLT and Coinfirm data science team, PrudenSolve will receive AMLT tokens as a reward in return that they will then use for payment for Coinfirm’s tools that PrudenSolve will use to better investigate lost blockchain assets. 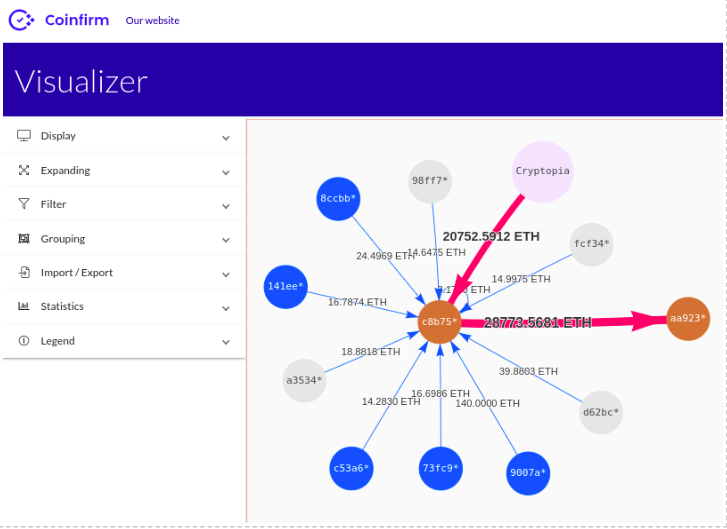